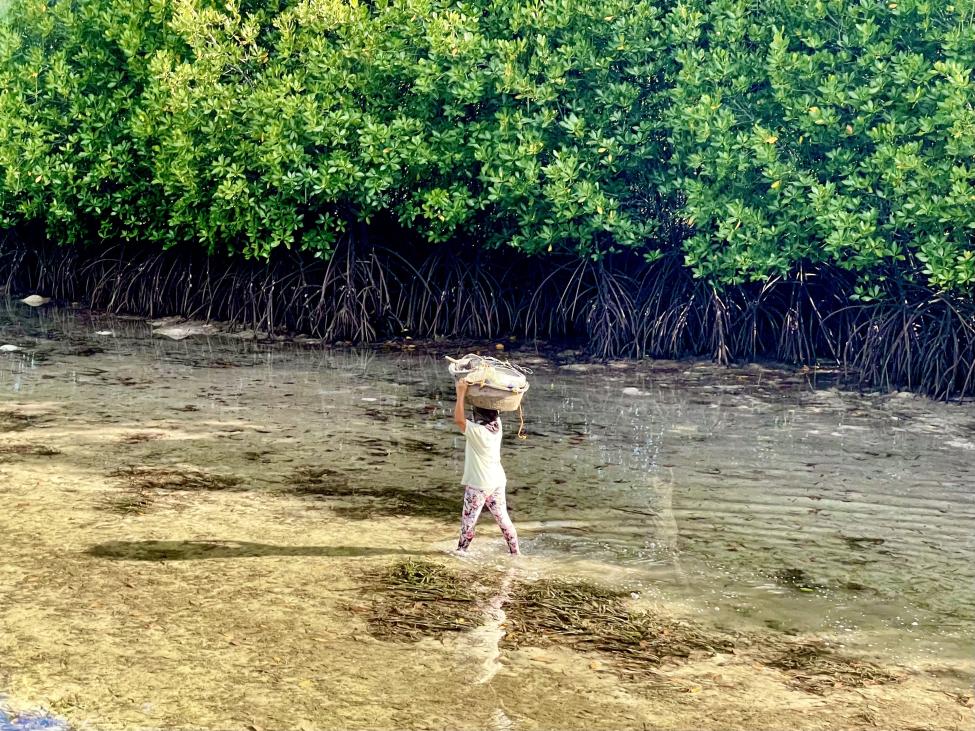 Global migration dynamics constantly shift but one thing is certain: the adverse impacts of the climate crisis are shaping migration patterns everywhere, including here in the Philippines. Globally, tens of millions of people are displaced every year by extreme climate events, while many others look to migration as a deliberate strategy to adapt to the impacts of climate change.

President Rodrigo Duterte, in his address during the 76th United Nations (UN) General Assembly, acknowledged that “just as COVID-19 has had an uneven impact on peoples, climate change has also exposed the varying vulnerabilities of countries around the globe. The risks and burden of a warming climate are simply not the same for everyone. The greatest injustice here is that those who suffer the most are those the least responsible for this existential crisis. But here we are now at a critical tipping point, where failure to act leads to cataclysmic consequences for the whole of humankind.”

Included in these ‘cataclysmic consequences’ are estimates from the Intergovernmental Panel on Climate Change (IPCC) that with a 1.5°C global temperature rise, 30 to 60 million people will be living in areas where the average heat in the hottest month will be too high for a human body to function. With a 2°C rise, that number increases to more than 100 million. The World Meteorological Organization reported that we are perilously close to hitting the internationally agreed threshold in 2020, with a global mean surface temperature (GMST) of 1.2°C warmer than the pre-industrial baseline (1850-1900). “The alarm bells are deafening”, declared UN Secretary-General António Guterres.

Based on Global Climate Risk Index 2020, the Philippines ranked the second most vulnerable country in the world affected by climate change despite being one of the smallest contributors to CO2 emissions. The recent Global Report on Internal Displacement also revealed that over 4 million Filipinos were displaced in 2020 alone, the majority of which was caused by typhoons. Further, more than 60 percent of the Filipino population resides in coastal areas and will be forced to move with one-meter sea rise brought about by global warming—that equates to 60 million people having to move by the end of this century. This stark reality demands that urgent actions be taken now to avert and minimize the adverse impacts of the climate crisis. The human costs are too high not to act.

Individual lifestyle trends are moving toward eco-conscious choices from offsetting carbon to eating less meat, but how are we confronting the transformational impact that climate and environment-induced population movements are having and will have on peoples and societies across the globe?

According to the International Organization for Migration Philippines’ recent report, Framing the Human Narrative of Migration in the Context of Climate Change, migration is one of the coping mechanisms of affected Filipinos facing climate crisis, either as a choice or a force of circumstance. Acknowledging that the protection of the most vulnerable should be at the forefront of our climate action, it is imperative to ensure that adaptive migration as a solution is safe, informed, and desired. For instance, planned relocation can be a pathway towards managing climate vulnerabilities when done in a contextually grounded manner and with strong community engagement.

To realign its capacities, knowledge, and resources in response to climate change and its impact on the most vulnerable sectors of society, the UN in the Philippines updated its Socio-economic and Peacebuilding Framework for COVID-19 Recovery in 2020 to facilitate coherent approaches to address the climate crisis and loss of biodiversity, as well as accelerate the low carbon transition while creating green jobs and improving human health. Guided by the Global Compact for Migration adopted in 2018, the UN Philippines Network on Migration highlights the need to take action at the local, national, and regional levels to avert, minimize, and address displacement, while also facilitating regular migration pathways. Such action will help key stakeholders to continue developing migrant-centered policies and programs. Nevertheless, we can and should do more.

At COP26, the international community should strive for a stronger commitment to recognize that human mobility is inextricably linked to climate change. More importantly, we need to advocate that national and regional policies include more migration adaptation measures, and that resources are allocated to address and prevent displacements while increasing people’s resilience, especially in the most vulnerable countries.

As we see a devastating portrait of climate crisis unfold before our eyes, it is easy to walk away in despair and give up—but this is not an option. Our fight against climate change is far from over and we are not powerless in the face of this global threat. Robust scientific data point us to critical areas for climate action and offer doable solutions that include adaptive migration. As the cost of the climate crisis is reaching irreversible highs, we can only come out on top with nothing less than bold collective action.

Gustavo Gonzalez, UN Resident Coordinator and Head of the UN Migration Network in the Philippines

Kristin Dadey, Chief of Mission for the UN’s Migration Agency, the International Organization for Migration

Subscribe to IOM newsletter to receive the latest news and stories about migration.